He started strong with the upbeat Rise and was joined by six other band members to deliver a solid performance while reflecting on his journey as an artist and opening up about his sexuality.

His next track was Last Tears, a song for someone’s ex-partner. “It’s a song with a little bit of attitude. You know what I mean. We need a bit of attitude every now and then, especially when it comes to your ex-partner,” he said in his intro, before teasing, “Do we have single people looking for love in the Philippines tonight? Maybe I will find love here in the Philippines…” 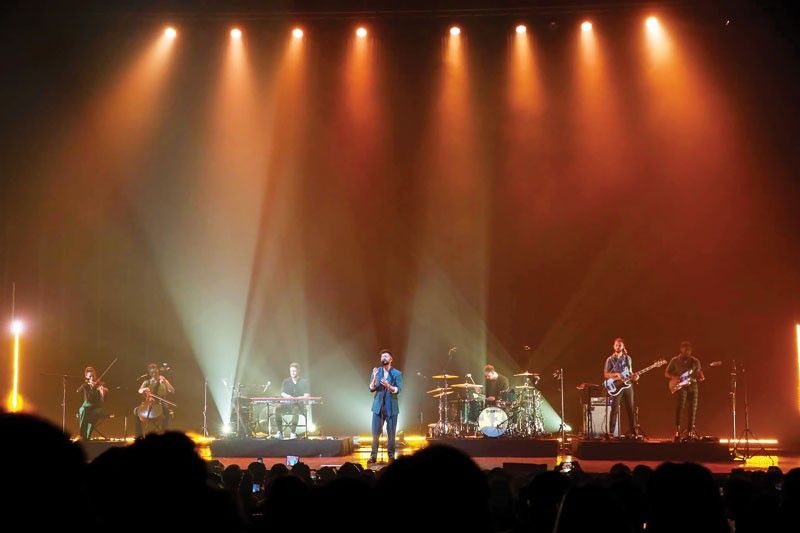 “Kamusta kayo?” he asked the crowd in Filipino and continued with the “crying corner” part of the show which is composed of four songs — Flaws, The Way You Loved Me, Boys in the Street and Bridges.

The Britain’s Got Talent alum’s sister Jade is his source of inspiration for Flaws. Jade is “the reason I started singing in the first place” as she encouraged him to join the United Kingdom’s popular singing competition. Jade previously auditioned for the talent show but did not make the cut.

“When I was writing my second album, my sister was talking to me about the way she looked and I asked her what she meant by that. And she said, well, every time I go on and see these beautiful girls on TikTok and Instagram, all those social media, I don’t feel pretty, I feel ugly. Which I thought was ridiculous because I think my sister is beautiful,” he shared.

“But actually (that) reminded me that we all try to be ‘perfect.’ And that’s unobtainable. I mean we always put ourselves into such a pressure to look the best and to be the best. I see perfection wherever I go. I’ve been walking around in Manila today and I see beauty everywhere. But I wanted to write (a) song that reminded people to look at themselves a little bit more. So if you don’t love yourself enough, I will love you for you,” he uttered.

Calum mentioned a ditty from his first album Only Human, called No Matter What, “a very painful song about my past.” The song helped him bring out his suppressed feelings about his sexuality and also impacted some fans.

“First reason (of why I’m proud of that song) is that when I was younger I found it really hard to identify with who I was. I found it very difficult to accept my sexuality. And so I pushed my emotions and it made me feel very, very sad. Writing No Matter What helped me bring out those emotions. It helped me accept myself and it made me happy again,” he shared with the audience.

“The second reason why I’m so proud of that song is because I still get messages to this day, saying, ‘No Natter What has helped me live my authentic life. I’ve been able to come out. And I’ve been able to accept myself. And I’m happier because of that song…’ To know that I’ve had an impact towards somebody makes me feel very proud.”

So when he was writing his second album, Calum included Boys in the Street, a cover song from Scottish artist Greg Holden. “I wanted to write to the LGBTQ community but I didn’t want to copy something that I already said. So, I found this song years ago… Greg has written a song, a very sad song about a relationship between a father and a son.” 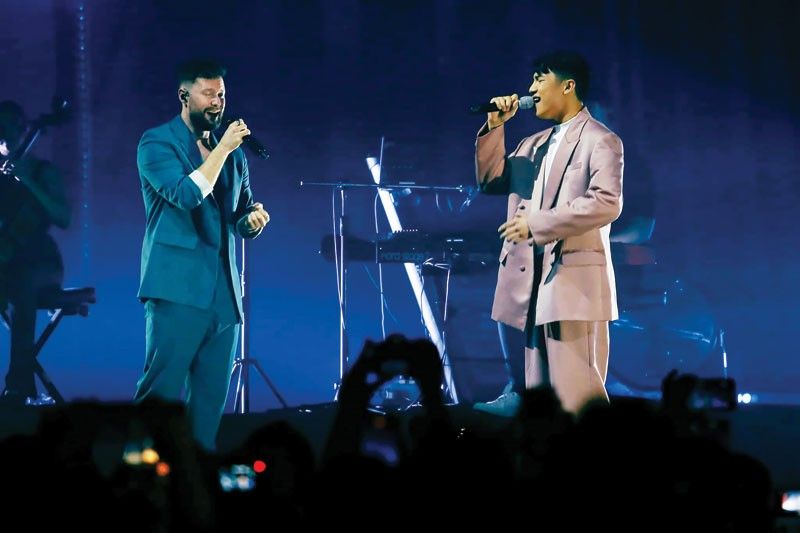 The 34-year-old artist likewise crooned Bridges, a piece about a life reflection involving his sexuality. “I had suppressed my feelings about my sexuality. I started to hate myself. I started to hate the way that I look. I became very lonely. There was a time when I stood on a bridge, looking over the other side, wondering whether I could carry on living or not.”

Thankfully, he had his mom to turn to and they talked about his thoughts and feelings. They sought professional help and Calum underwent therapy every week until he felt better. “And then I wrote a song. Bridges helped me deal with a lot of that darkness and helped me accept that I was very lonely and that I was very depressed. But knowing whether to put this song in this album was very difficult for me because I was ashamed. I was an artist that almost threw my life away.”

Calum then reminded the audience to “talk to each other a little bit more.” “We just need to lighten ourselves from that heavy load. And I’m not saying that talking to somebody makes all your problems disappear, but it might help,” he added.

After the “crying corner” songs, Calum moved on to the lively segment of the show to “raise the mood a little bit” and performed Maroon 5’s This Love, Where Are You Now, Run With Me and If You Ever Change Your Mind. He also did I’ll Be There and Biblical earlier.

Calum used to be part of Maroon 4, a four-piece tribute band to Maroon 5, before he auditioned for Britain’s Got Talent, and the track This Love was very special to them.

He dedicated his favorite song You Are The Reason to his fans in the Philippines. “If you had asked me seven or eight years ago, would I be headlining a show here in the (New) Frontier Theater in Manila? I would not believe you. And yet, here we are, because of every single one of you guys. So, I would like to dedicate this to every single person here in the room tonight who has supported me from the very beginning of my career. I love you so, so much.”

Towards the end of the program, he expressed his “massive thanks” to Kiwi artist Mitch James who opened the show for him, his bandmates, the crew and of course, his Filipino supporters who “made this a dream every single day,” and then sang Woke Up in Love. 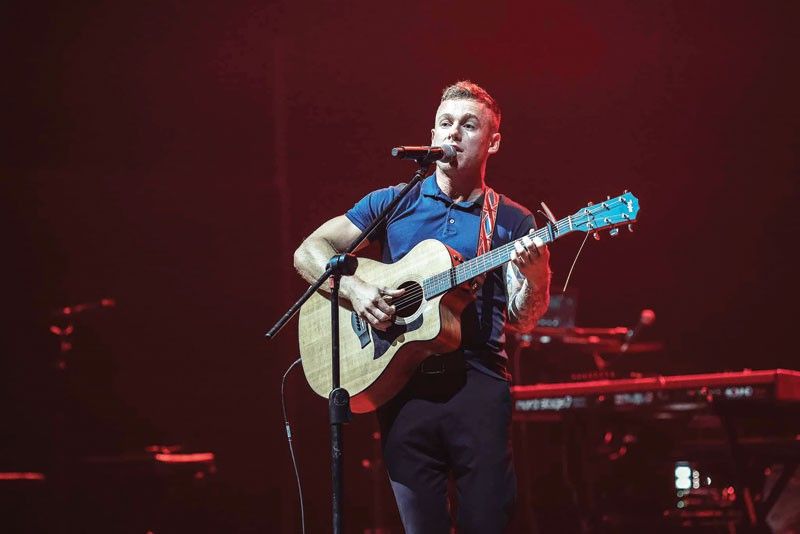 His penultimate song was Heaven with Darren Espanto as his surprise guest.

Calum capped off the night with his version of Robyn’s Dancing On My Own, the cover he performed during his audition in Britain’s Got Talent Series 9. He said, “It means the absolute world to me. The fact that you guys have come out to see me, you buy tickets to come and see me, it means everything. And it’s been a warm time since I’ve been here in Manila in 2018. The last time I was here. And now I’m back in 2022 and I would love to come back again if you’ll have me, Philippines. Next time it will be bigger and better. Mahal ko kayong lahat.”

The music event was presented by AEG Presents Asia and Ovation Productions as part of his Bridges Asia Tour 2022.